Through the disorienting kaleidoscope of existentialist thought, Jean-Paul Sartre and Simone de Beauvoir navigate World War II-era Paris, testing conventional boundaries of love and freedom with a novel pact of ‘essential love’ that allows each to have ‘contingent’ loves, so long as they each disclose everything about their contingent loves to one another.

Armed only with the power of thought, the couple dives headfirst into life, becoming entangled in seduction, betrayal and war.  As they pull others into their powerful vortex and capture the world's attention, they explode the image of philosophers as solitary armchair ponderers.

Their adventures fuel profoundly original writings on the nature of love, freedom, gender roles and human existence.  But as their fame grows, so do complications from their pact of essential love.

In 1929, Simone de Beauvoir and Jean-Paul Sartre fell in love while studying philosophy.  Together they developed a school of thought called existentialism, which centers on the power (and curse) of human freedom.

Their writings, which spanned 50 years and include plays, novels, memoirs and philosophical works, offer deeply provocative theories on the nature of love, connection and gender roles.

Sartre's play No Exit​ is still one of the most widely performed plays of the 20th century; his philosophical treatise Being And Nothingness, earned him worldwide fame; and his childhood memoir earned him the Nobel Prize (which he famously refused).

Together Sartre & Beauvoir form one of the most intellectually famous (and romantically infamous) couples of the 20th century.  They lived their private lives largely in the public eye - a social media couple before social media.

Both revered and vilified, they never married, lived together or had children, but they supported each other almost every day for 50 years.  They are buried in a joint grave in Paris.

Through a captivating blend of music, philosophy and humor, Love The Struggle reveals the influence of the couple's romantic adventures on their writings, and illuminates the profound continuing influence of their ideas on modern attitudes about love, gender and human nature. 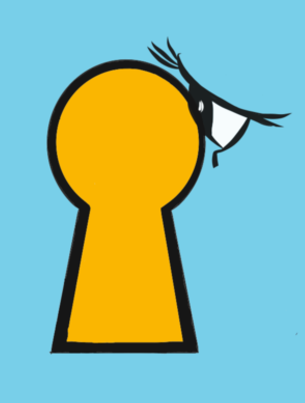